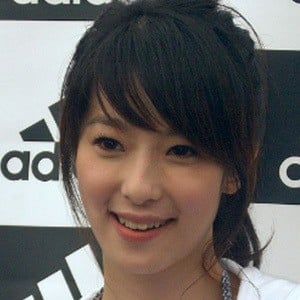 Singer and actress who was a regular in popular shows including Meteor Garden II and Two Fathers. She was also cast in Bromance, Miss Rose and Mars.

She was President of her high school's pop dance club. She did her undergraduate studies at Shih Hsin University. She then earned her Master's at Mind Chuan University.

Her first TV appearance was on a Taiwanese variety show called Guess. As a singer, she released a 2004 studio album called Love, and a 2015 one called FACE.

She is the youngest of two daughters and her oldest sister is a teacher. Their father operated a Chinese medicinal herb shop.

She starred in Two Fathers alongside Weber Yang.

Megan Lai Is A Member Of