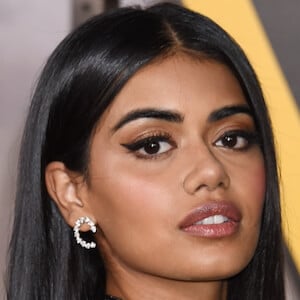 Big and small screen actress best recognized for her portrayal of Samira in the 2015 series The Brink. She is also known for bringing to life Rani in the 2010 film Valentine's Day and for portraying Aneesa on Never Have I Ever.

She has done several workshops at the New York Film Academy and taken classes at JRP Hollywood.

She has appeared in productions of the popular Montreal-born theater act Cirque du Soleil.

In HBO series The Brink, she appears alongside renowned actors Jack Black and Tim Robbins.

Megan Suri Is A Member Of