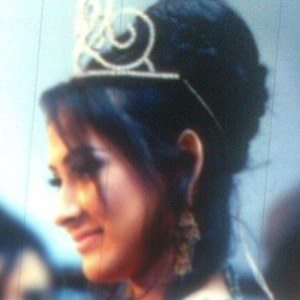 Most Popular#111203
Born in Chittagong, Bangladesh#4
Actress Born in Bangladesh#7

Bangladeshi actress and model who is known for her roles in television, film, and commercial advertisements. She is know for her recurring phone operator character in the Banglalink commercials as well as for her role in the 2015 film Duboshohor.

Early on, she worked as a model for D'damas, one of the largest jewelry retailers in India. Upon winning a range of beauty pageants, she began receiving acting jobs in 2009. She studied design at Shanto-Mariam University of Creative Technology but upon graduation continued to pursue a career in acting.

She is known for winning the Lux Channel I Superstar competition and beauty pageant in 2009. She also won the Best Actress award at the Meril Prothom Alo Awards.

She was born in Chittagong, Bangladesh but later moved to the Arabian Peninsula where she was raised. She is the eldest of four siblings.

She starred alongside Sabyasachi Chakrabarty in the 2017 science fiction film Porobashinee.

Most Popular#111203
Born in Chittagong, Bangladesh#4
Actress Born in Bangladesh#7

Mehazabien Chowdhury Is A Member Of