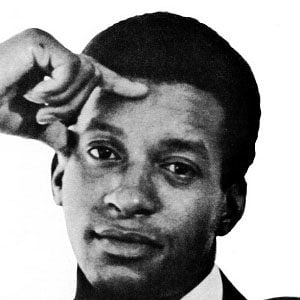 1960s pop and soul singer best remembered for a popular 1965 song entitled "Hold Me, Thrill Me, Kiss Me." The song reached # 8 on the U.S. Billboard music chart and sold more than a million copies soon after its release.

His early singles include "When a Boy Falls in Love" (#44 on U.S. music charts) and "The Richest Man Alive."

He grew up in Cincinnati, Ohio.

His debut hit song, "When a Boy Falls in Love," was written in collaboration with singer/songwriter/producer Sam Cooke.

Mel Carter Is A Member Of