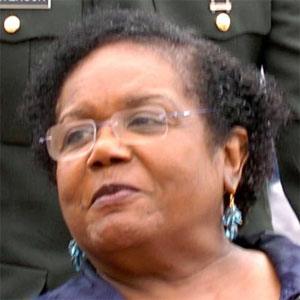 American author and journalist who was a member of the Little Rock Nine, the first group of students who integrated Central High in Little Rock, Arkansas.

She enrolled in Central High in 1957, where she faced much hostility and eventually had to change schools when Central High shut down for two years.

She published two books about her experience, Warriors Don't Cry and White is a State of Mind.

She married John Beals, with whom she had two sons and one daughter.

U.S. President Dwight D. Eisenhower sent in the 101st airborne to protect her and the other students from protestors at the high school.

Melba Patillo Beals Is A Member Of