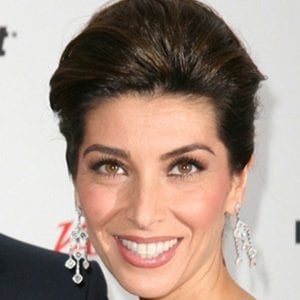 Former fiancé of music and television mogul Simon Cowell who worked as a makeup artist. She worked with Cowell on The X Factor (US), America's Got Talent and American Idol.

She sold makeup at a department store. She was a makeup artist for actor John O'Hurley for the game show To Tell the Truth.

Her only acting experience came in two short films titled Fugly and Jack the Reaper.

She and Cowell called off their engagement in 2011. She has children named Isabella and Preston.

She has also previously been in relationships with Sinitta and Philippe LeBlond.

Mezhgan Hussainy Is A Member Of