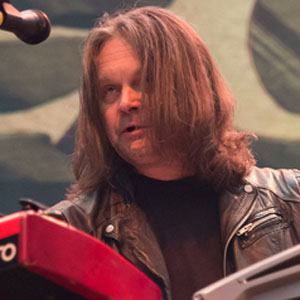 Known for his keyboard work with the Stockholm-based rock group Europe, he also collaborated with such artists as Glenn Hughes and Thore Skogman. Also a songwriter, he co-wrote 'Carrie' and several other Europe hits.

He joined Europe in 1984, just before the band embarked upon its Wings of Tomorrow tour.

His band, Europe, is most famous for its international hit song "The Final Countdown."

He was born and raised in a suburb of Stockholm, Sweden. His marriage, which ended in divorce, resulted in three children: Matilda, Marcus, and Moa.

He and vocalist Joey Tempest were Europe bandmates.

Mic Michaeli Is A Member Of