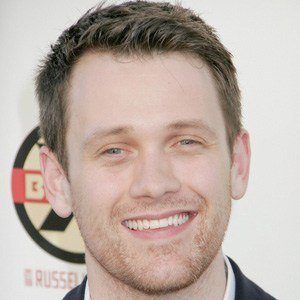 Singer, composer, and star of the FX series Anger Management.

He left the Julliard School for his first big acting role as Tom Sawyer in the Broadway show Big River.

He has appeared in the shows Grey's Anatomy, The Closer, and Kings.

He had a role in the 2011 movie Source Code, which starred Jake Gyllenhaal.

Michael Arden Is A Member Of