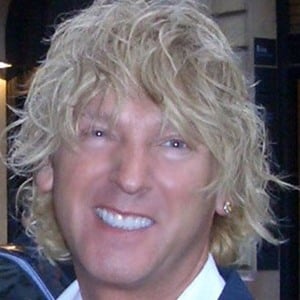 Producer who has lent his talents to gold and platinum-selling records by numerous artists, including Engelbert Humperdinck, Willie Nelson and Glen Campbell. Additionally, he is the co-founder of 2KSounds and the Organica Music Group.

He was hired as a resident producer at Hansa Studios in Berlin, Germany when he was just 19 years old.

He became the drummer for the European rock band Tidal Force in the 90s.

Michael Blakey Is A Member Of