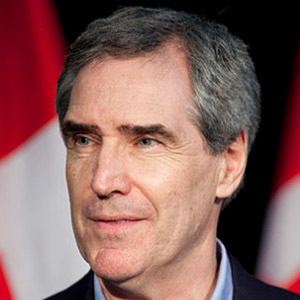 Politician and author who was the head of the Liberal Party of Canada and Leader of the Official Opposition from 2008-11. He's also a historian who held prominent positions at Cambridge, Oxford, Harvard and Toronto universities.

He earned his PhD in history from Harvard University in 1976.

He won a Gemini Award for his 1993 documentary series Blood and Belonging: Journeys into the New Nationalism.

His father George was a diplomat and his mother's name is Jessie. He married Zsuzsanna Zsohar in 1999.

In 2009, he met with U.S. President Barack Obama to discuss climate change and human rights.

Michael Ignatieff Is A Member Of