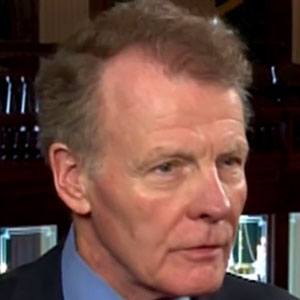 Affiliated with the Democratic Party, he served as Speaker of the Illinois House of Representatives during the 1980s, most of the 1990s, and early 2000s. He represented Illinois' heavily Hispanic twenty-second district.

After graduating from the Loyola University- Chicago School of Law, he established the Chicago law firm Madigan and Getzendanner.

He had an antagonistic relationship with former Illinois Governor Rod Blagojevich and was a leader of the Blagojevich impeachment proceedings.

He married divorcee Shirley Murray in 1976. His stepdaughter, Lisa (who took his last name), grew up to be a Democratic politician who served as Illinois Attorney General.

He and former Chicago Mayor Jane Byrne both had successful political careers as Illinois Democrats.

Michael Madigan Is A Member Of