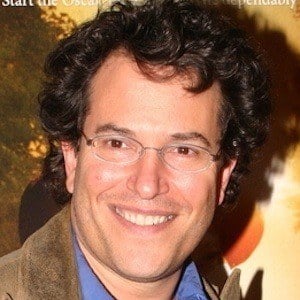 Stage and film director best known for his direction of the hit Broadway musicals Spring Awakening from 2006 to 2009, American Idiot from 2010 to 2011, and Hedwig and The Angry Inch from 2014 to 2015. He also directed the pilot episode of NBC's Broadway-focused series Smash in 2012.

He studied acting at New York University and ended up graduating with a Master's degree in theater in 1983. By 1990 he had decided to pursue directing and supported himself during his early career by teaching at NYU, the Lincoln Center Theater Institute, and the Juilliard School.

He has won a Tony Award for Best Direction of a Musical in 2007, which also took the Tony for Best Musical that year. He also won a Drama Desk Award for Outstanding Director of a Musical for both Spring Awakening and Thoroughly Modern Millie, which he directed in 2002 and was also nominated for a Tony.

His parents are Jerry and Louise Mayer, who gave him his first Super 8 camera when he had his bar mitzvah in 1973.

He directed stage-turned-television stars Lea Michele and Jonathan Groff in the original Broadway production of Spring Awakening in 2006.

Michael Mayer Is A Member Of