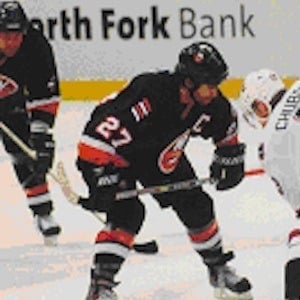 Former NHL player best known for his time with teams like the Buffalo Sabres and New York Islanders. He twice won the Frank J. Selke Trophy for being the best defensive forward in the NHL.

He got his start with the Ontario Hockey League's Sudbury Wolves.

He was the Ontario Junior Hockey League Coach of the Year in 2012-2013 as coach of the Buffalo Junior Sabres.

He has a daughter named Emily and a son named Trevor.

He blew out his left MCL and ACL as a result of a hit from Darcy Tucker.

Michael Peca Is A Member Of