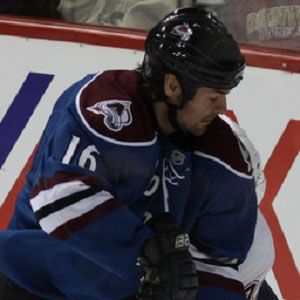 Tenacious, physical winger who played in the NHL from 1995 to 2010 for the Canadiens, Lightning, Maple Leafs, and Avalanche; racked up 1,410 penalty minutes in 947 career regular season games.

He played in the WHL for the Kamloops Blazers, winning three WHL championships.

He is known for delivering some of the biggest hits of his era, such as knocking Michael Peca out of the 2002 playoffs and absolutely leveling Sami Kapenen in the 2004 playoffs.

He married Shannon Corson in 1998, and they had three children: Cole, Cain, and Owynn.

He played alongside goalie Curtis Joseph on the Toronto Maple Leafs.

Darcy Tucker Is A Member Of