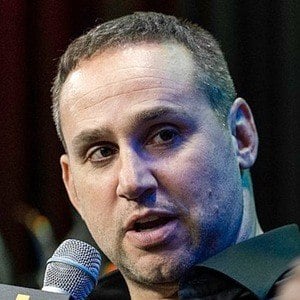 He opened a formal ski shop at the age of 14 from the money he made from his bar mitzvah. The shop expanded to five storefronts by the time he attended Villanova University. He went on to found the athletic equipment company KPR Sports.

He was included in the Forbes 400: The Richest People in America list as well as the Forbes: The World's Billionaires list. In 2010, he was featured as a guest on the CBS television series Undercover Boss.

He was born and raised in Lafayette Hill, Pennsylvania. His mother and father allowed him to start his first business, a ski-tuning shop, in their basement when he was 12. He began dating CNN news anchor Nicole Lapin in 2011.

He is a member of the investment group who bought the Philadelphia 76ers along with Will Smith and Jada Pinkett Smith.

Michael Rubin Is A Member Of