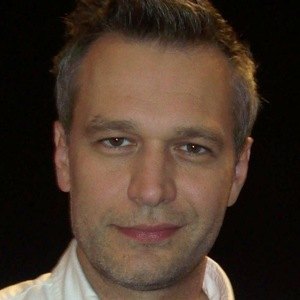 Polish actor and singer who's best known for playing Wojciech Winkler in The Welts. He also starred as Geralt of Rivia in the 2001 film The Hexer.

He graduated from The Aleksander Zelwerowicz National Academy of Dramatic Art in Warsaw in 1995.

He released his debut album Zakochany Pan Tadeusz in 1999.

He married Aleksandra Adamczyk in 2009. He has two children, Franciszek and Henryk.

He dubbed Benedict Cumberbatch's character in the Polish version of Doctor Strange.

Michal Zebrowski Is A Member Of