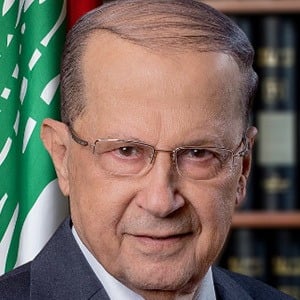 Politician and founder of the Free Patriotic Movement who became the President of Lebanon in 2016. He previously served as the Prime Minister of Lebanon and as a Member of the Lebanese Chamber of Deputies from Keserwan.

In 1958, he graduated as an artillery officer in the Lebanese Army.

He was named the Head of the Lebanese Army in 1984.

He married Nadia Al Chami in 1968. They have daughters named Chantal, Claudine and Mireille.

During his presidential reign, Saad Hariri served as the Prime Minister of Lebanon.

Michel Aoun Is A Member Of