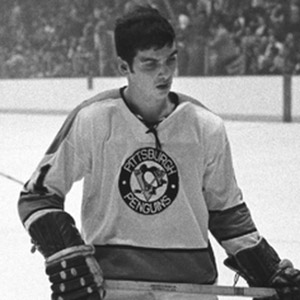 Former NHL player for the Pittsburgh Penguins whose life was cut short after a May 1970 car accident left him in a coma and eventually resulted in his death. The Quebec Major Junior Hockey League renamed its MVP trophy the Michel Briere Memorial Trophy in his honor shortly thereafter.

He was born in Montreal and was taken as the 26th overall pick by the Penguins in the 1969 NHL Draft.

He became just the second player in Penguins history to have his jersey retired.

He had a son with fiance Michele Beaudoin. The two had a marriage date set for June 1970, one month after Briere's accident.

Michel Briere Is A Member Of