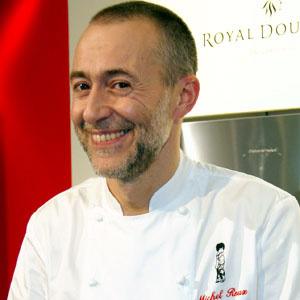 French-English nouvelle cuisine enthusiast who made television appearances on Hell's Kitchen and MasterChef.

He briefly served with the French Army before becoming a sous chef in London in 1983.

He earned Michelin stars during his time as a chef at London's prestigious Le Gavroche restaurant.

He and his wife, Giselle, had a daughter named Emily.

Michel Roux Jr. Is A Member Of