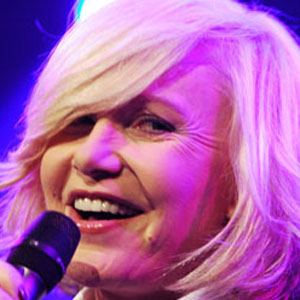 Singer who represented Luxembourg at the Eurovision Song Contest in 1966 and Monaco in 1977. She is known to French music fans for albums like 1966's Ce Soir Je T'attendais.

She won 1962's On Chante Dans Mon Quartier singing contest and earned a recording contract with Mercury Records the next year.

Despite being born in France, she chose to represent Luxembourg and Monaco at Eurovision due to the fact that no rules prevented it.

She has children named Emilie and Romain.

She and Hugues Aufray are both French singers who represented Luxembourg at the Eurovision Song Contest.

Michele Torr Is A Member Of