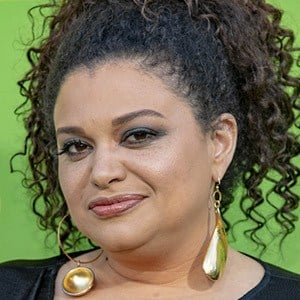 Stand-up comic and actress who appeared in three romantic comedy films that premiered in 2019: Isn't It Romantic, Someone Great and Always Be My Maybe. She landed a starring role in the show First Wives Club, as well as a recurring part in Tales of the City.

She began hosting the Late Night Whenever! podcast in 2018. It was named "one of the best podcasts of 2018 so far" by Time Magazine.

She was raised by a Haitian father and Jamaican mother.

She starred alongside Ali Wong in Always Be My Maybe.

Work It
Isn't It Romantic
Someone Great
More