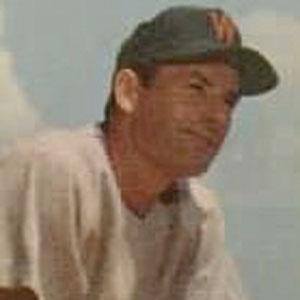 He attended Villanova University before signing his first contract with the Washington Senators.

He was one of the most well-liked and respected players of his era.

He had one child with his wife Elizabeth.

He was on the bench for the Pittsburgh Pirates when Bill Mazeroski hit his famous home run to win the 1960 World Series.

Mickey Vernon Is A Member Of