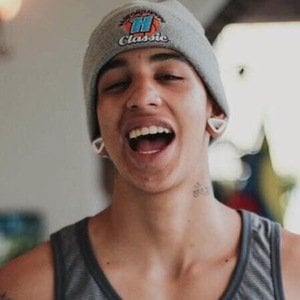 Most Popular#37972
Rapper Born in Venezuela#4

Rapper who became a major star in Venezuelan hip-hop with tracks like "Ponte," "Cafuné" and "Querer Volar." His first LP, Inefable, was released via The Dog House Studio in 2017.

He was raised in Mérida, Venezuela and began rapping when he was 11 years old.

He was named Best New Artist at the Unión Rock Show Awards in 2016.

Most Popular#37972
Rapper Born in Venezuela#4

Micro tDH Is A Member Of