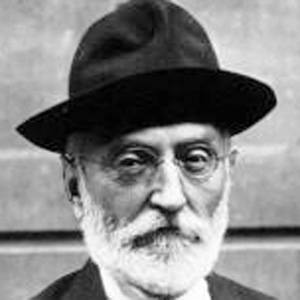 A Spanish author, poet, and philosopher, he is particularly known for his 1913 essay, The Tragic Sense of Life, and for his 1917 novel, Abel Sanchez: The History of a Passion. His other notable works include Niebla (Mist) and La tia Tula (Aunt Tula).

He published Poesias, his first poetry collection, in 1907, during a period when he was employed by the University of Salamanca.

His well-known novel, Abel Sanchez: The History of a Passion, is a re-telling of the biblical story of Cain and Abel.

He was born in the Spanish port city of Bilbao to Salome Jugo and Felix de Unamuno.

His philosophy emphasized the tragic nature of life and was influenced by the ideas of Jean Jacques Rousseau.

Miguel de Unamuno Is A Member Of