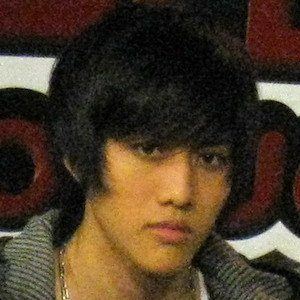 Born Pirat Nitipaisalkul, he is a singer and actor who rose to fame as a member of the the duo Golf & Mike with his brother Pichaya Nitipaisankul. The pair released four albums together before they disbanded in 2010 to pursue their solo careers.

His career began in 2002 after he auditioned for G-Junior. From there he began training in dancing, singing, and acting before making his performance debut with GMM Grammy concerts.

He has acted in numerous shows and films like Love Beyond Frontier and Full House.

He has three older brothers named Pisut, Piset, and Pichaya and a younger sister named Ploychompoo. He had a son named Maxwell with ex-girlfriend Sara Casinghini. He and his brother were inspired to begin Golf & Mike by their older brothers.

Mike D. Angelo Is A Member Of