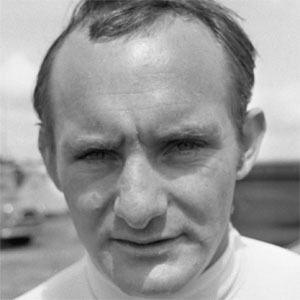 Well known as "Mike the Bike," he is considered one of the world's greatest motorcycle racers.

He began riding motorcycles in a nearby field at a young age.

Following his motorcycle days, he raced autos in Formula One and at the 24 Hours of Le Mans, but not with the same success.

On June 11, 1975, he married Pauline Barbara Nash, and had two children with her.

He is remembered for an auto race in which he crashed with Clay Regazzoni, caught fire, and, after being extinguished, courageously removed Regazzoni from his car.

Mike Hailwood Is A Member Of