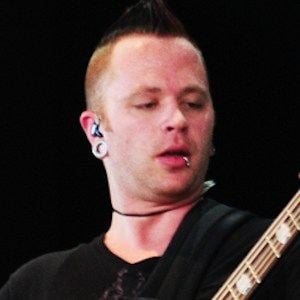 American bassist for the rock band Hinder. His band is known for albums like 2010's All American Nightmare and 2012's Welcome to the Freakshow.

He has had the opportunity to tour with bands like Papa Roach, Buckcherry and Nickelback.

He asked his family for input on the songs he wrote for his band's third album.

He has been a member of the band Hinder with drummer Cody Hanson.

Mike Rodden Is A Member Of