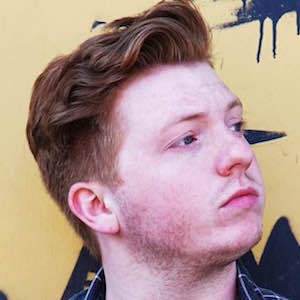 Singer who is best known for his time as a contestant on the tenth season of NBC's The Voice. He was selected to join Adam Levine's team on the show.

He sang "She Will be Loved" with Adam Levine during an episode of The Voice.

He sang Tove Lo's "Talking Body" as his blind audition song on the 2016 season of The Voice.

He posted a photo with his mother to his Instagram account in May 2016 as a tribute to her for Mother's Day.

Pharrell Williams was one of the celebrity judges on season ten of The Voice.

Mike Schiavo Is A Member Of