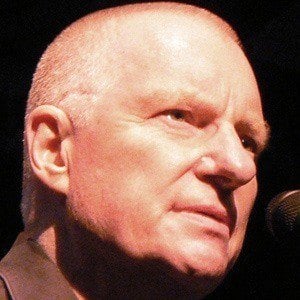 One of the pivotal pioneers of British Jazz. He was the founder of The Mike Westbrook Brass Band, later The Orckestra.

He was a regular performer at the Old Place and the Little Theatre Club after he relocated to London in 1962.

He first collaborated with jazz singer Phil Minton when Minton was lead vocalist for his jazz-rock band Solid Gold Cadillac.

He married singer and songwriter Kate Westbrook for whom he wrote many theatrical jazz scores.

His first major theatrical work was in Adrian Mitchell's Tyger, a musical about William Blake.

Mike Westbrook Is A Member Of