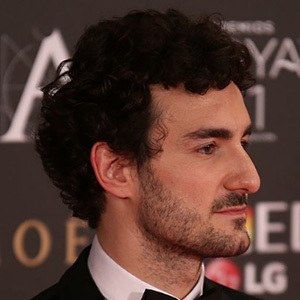 Spanish actor known for his roles in film and television. He is best recognized for starring in the films El Rey Tuerto, Cuerpo de Elite, and Perdiendo el Norte.

He graduated with his degree in humanities from Pompeu Fabra University. He started his acting career in television in 2011 when he starred in the series Popcorn. He then went on to make his feature film debut in 2013 in The Maneuver of Heimlich.

He is also known for his work as a director and is credited for having made the short film Carino in 2017.

He was born and raised in Manresa, Spain.

He starred alongside Javier Camara and Miguel Bernardeau in the feature film Es Por Tu Bien.

Miki Esparbé Is A Member Of