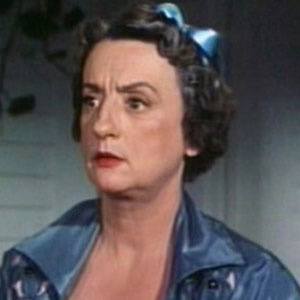 She created eccentric characters, including a stoney Army wife in She Wore a Yellow Ribbon, throughout her 60-year career.

She began her performing career at age 21 with a semi-professional ensemble called the Vagabonds, and then joined the University Players in Cape Cod.

She played a personable psychic in the Noel Coward-directed film Blithe Spirit, and was praised for needing just a few words to get her character across to audiences.

She was born in Baltimore, Maryland, the daughter of Joseph and Mildred Marion Dawes Natwick.

She was nominated for an Academy Award for best supporting actress for her role in the 1967 film version of Barefoot in the Park, which starred Robert Redford and Jane Fonda.

Mildred Natwick Is A Member Of