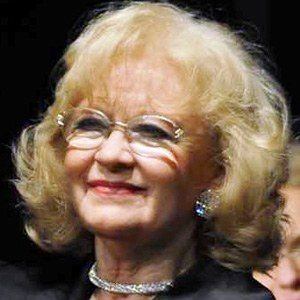 Prolific Serbian actress who won a Golden Arena for Best Actress in 1962 for her performance in the film Prekobrojna.

She attended Belgrade's Dramatic Arts Academy after giving up ballet for acting.

She won the award for Best Supporting Actress at the 1980 Cannes Film Festival for her performance in Special Treatment.

She married her second husband Dragan Nikolić in 1972.

She and poet Sima Pandurovic were both born in Belgrade.

Milena Dravic Is A Member Of