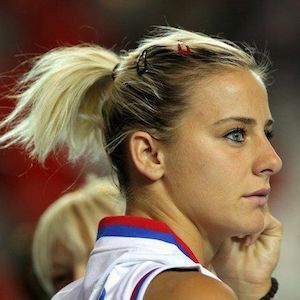 Serbian professional women's basketball player. She is known for representing the Serbian national basketball team where she played as a point guard.

She first began her career in 1998 when she played for Herceg Novi. She would go on to join the Serbian national team in 2004.

She received a gold medal for winning the EuroBasket competition in Budapest in 2015.

Her father is basketball coach Milan Dabovic and her mother Nevenka is a former professional handball player.

Milica Dabovic Is A Member Of