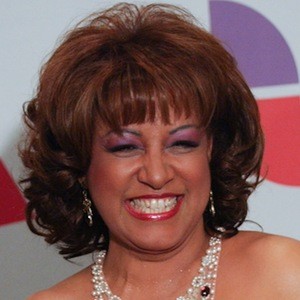 She attended City College of New York and graduated with a degree in communications.

She released her first solo album Hasta Siempre in 1997.

She grew up in a musical environment and she would sing with her four brothers for family and friends.

She collaborated with Sergio Vargas and Anais on "Reencuentro" in 2007.

Milly Quezada Is A Member Of