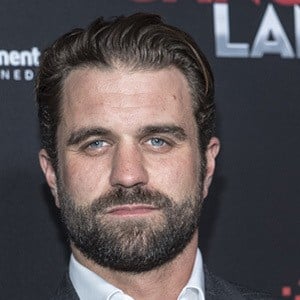 Son of actor-director Mel Gibson who made his film debut in his father's film Hacksaw Ridge. His first leading role was for the film All the Devil's Men.

Prior to following in his father's footsteps as an actor, he worked as an electrician.

He is the sixth son of Mel Gibson. His mother is Robyn Moore.

He acted alongside Andrew Garfield in Hacksaw Ridge.

Milo Gibson Is A Member Of