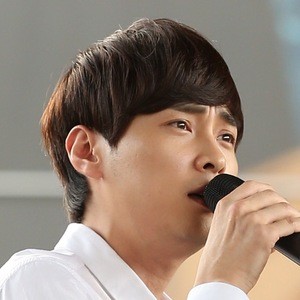 South Korean singer who's best known as the lead vocalist of the band Buzz. He also joined Kang Ho-dong as a cast member on the variety show Knowing Bros in 2015.

He grew up wanting to be a professional gamer. He auditioned for AYON Entertainment after he was recommended by a friend.

He released his first solo album Im·pres·sive in December 2007.

He was born in Seoul, South Korea and grew up with two siblings.

He released a collaboration single "Sweet Dream" with Kim Hee-chul in 2016.

Min Kyunghoon Is A Member Of