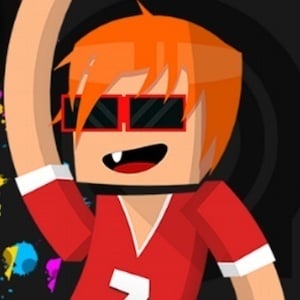 He created his YouTube channel in April 2011 and debuted with the opening video "Minecraft Let's Play 1 - Starting Off."

Some of his most popular videos, like "'I Banned You' - A Minecraft Parody of Forget You By Cee Lo Green"and "Creeper Man Thingy / New Editor," have earned well over 2.5 million views since their original posting.

His real name is Chris and he is a native of Maine.

While attending MineCon 2011, he had the opportunity to meet YouTube idols like Simon Lane and Martyn Littlewood.

Minecraft4Meh Is A Member Of