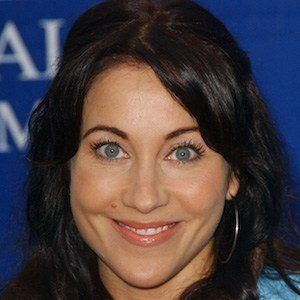 Canadian television star most well known for bringing to life Janice Wayne in Heartland and Ange Finch in Primeval: New World. She earned her first major role playing Veronica on Disney's Honey, I Shrunk the Kids.

Growing up a competitive gymnast and ballet dancer from the age of four, she eventually joined the gymnastics team at the University of Alberta where she studied theatre.

A talented singer and songwriter, her original music has been featured on episodes of Primeval: New World and Heartland. She is also a skilled mixed martial artist, with more than a decade of boxing and kickboxing training.

Though a Canadian native, she later lived in Los Angeles, California.

In the CBC's Heartland, she stars opposite Amber Marshall and Michelle Morgan.

Miranda Frigon Is A Member Of