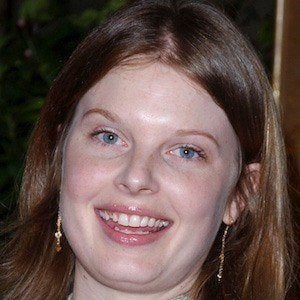 Recording artist and songwriter with a 2016 album release titled Echoes Of The Dreamtime. She released an album through Virgin Records called The Herethereafter back in 2001, and didn't release her next project, an EP called Early November, until 2008.

Upon graduating from San Francisco's School of the Arts, she dabbled in modeling and even moved to Paris, France. She hated modeling, however, and would return to San Francisco.

She moved to Los Angeles for her music career and was initially living in a tent in the backyard of a friend.

She was raised in San Francisco by comic book artists for parents named Ted and Teresa Richards.

She took guitar lessons from Kirk Hammett of Metallica after meeting him through a mutual friend.

Miranda Lee Richards Is A Member Of