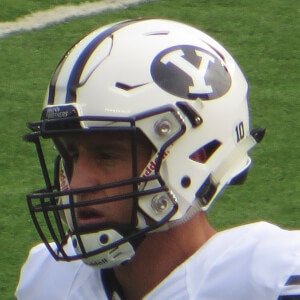 American football wide receiver who led Brigham Young University in receiving yards and touchdowns as a junior and senior. He finished his career with more than 2,000 yards and 24 touchdown catches.

He was also a star baseball player in high school, earning All-State honors as a first baseman and outfielder.

Like many Mormon football players, he redshirted his freshman year of college then went on his mission, returning to school to play football in 2012.

He grew up in Oregon and represented the state as a member of the Junior Olympic U16 baseball team.

Mitch Mathews Is A Member Of