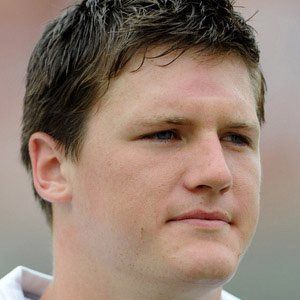 Professional football and baseball player who joined the San Antonio Talons in the Arena Football League in 2014.

He played college football at USC.

He was signed into the Chicago White Sox farm system as a pitcher in 2012.

He was born and raised in Springdale, Arkansas.

NFL quarterback Russell Wilson also received opportunities from the MLB, twice being drafted into the league.

Mitch Mustain Is A Member Of