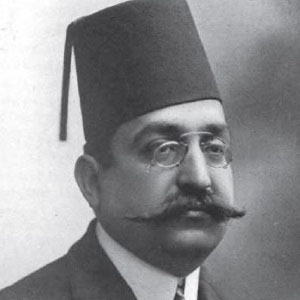 Notable as the second President of the Egyptian National Party, Farid also worked as a writer and lawyer. He fought for political, economic, and social reform in his native Egypt.

After working as an Egyptian government attorney, he opened his own legal practice in Cairo.

He wrote a series of autobiographical and historical works, some of which were translated into English following their original publication in Arabic.

He was raised in Cairo, Egypt, as a member of a prominent family of Turkish heritage.

He was one of the chief supporters of journalist-turned-Egyptian National Party founder Mustafa Pasha (also known as Mustafa Kamil).

Mohammad Farid Is A Member Of