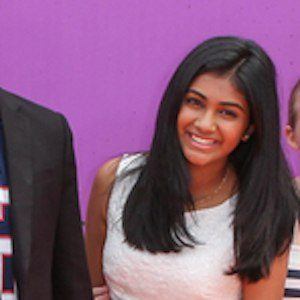 Indian-American Nickelodeon personality who broke through after booking the role of Tammy Gilroy in the series I Am Frankie.

She was enrolled in a theater school at the age of 11.

She was 1 of 12 kids in the nation to be selected for an intensive training camp called Nick Sketch Live 2016.

Her mom worked as a business analyst. She also has an older sister.

She landed a starring role in I Am Frankie alongside Uriel Baldesco.

Mohana Krishnan Is A Member Of