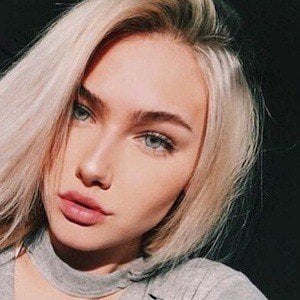 Aspiring singer and model popular on Instagram who gained fame after becoming involved in a controversy between her and rapper Tyga. She has over 390,000 followers on Instagram. She was thrown into the spotlight when she was under 18, claiming that Tyga had contacted her via direct message on Instagram.

Her mother is Anne Lowry O'Malia. Her sister Christina was the survivor of a severe brain injury in 2011.

She and Rendall Coleby co-own a group called Dreamy Team.

Molly O'Malia Is A Member Of