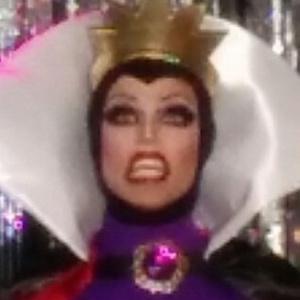 Reality television personality from the second season of Logo's hit show RuPaul's Drag Race who was a staple among the Southern California drag circuit long before going on the show. She is the female drag persona of performer and comedian Thomas White.

His drag mother is Chad Michaels, also a Drag Race contestant from season 4. He says that Chad taught him everything he knows about drag.

He is a big supporter of and activist for LGBT rights, often involved with sending support to victims of hate crimes with the help of his fans whom he refers to as Morgasms.

He was born in Loch Lomond, Scotland, to a Scottish father and an American mother. He moved to the United States when he was 18 years of age.

He was eliminated from Drag Race during a dramatic lip sync battle with Sahara Davenport.

Morgan McMichaels Is A Member Of