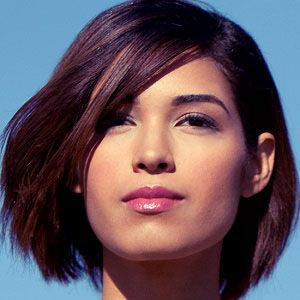 Contemporary Christian artist who scored a top twenty-five debut album with I Choose Jesus. A second studio album, Brave, was released in 2014. In 2017, she revealed her new band, TRALA.

She started learning guitar and writing her own songs at age thirteen.

She signed her first record contract with Reunion Records in 2011.

In 2013, she married Joel Smallbone. She was born in Pomona, California to Los Angeles Superior Court judge Anthony Moreno Peters and Patricia Castillo Peters and was raised alongside her siblings Bianca and Anthony Ezra.

She has cited Chaka Khan as one of her most notable musical influences.

Moriah Peters Is A Member Of