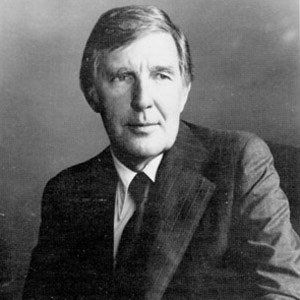 Arizona politician who served in the U.S. House of Representatives from 1961 to 1991 and championed environmental causes. He made an unsuccessful bid for the Democratic nomination for President in 1976 and was awarded the Presidential Medal of Freedom by President Clinton in 1996.

He lost an eye in a childhood accident; nevertheless, he managed to serve with distinction in the Army Air Forces during World War II. He also played two years of professional basketball for the Denver Nuggets.

He represented a politically conservative district; however, despite his liberal views, he was popular enough to be elected time and time again to the House of Representatives.

He grew up in Apache County, Arizona, as the son of Levi , a former judge with the Arizona Supreme Court.

He entered the 1976 Presidential race, positioning himself as a liberal alternative to Georgia Governor Jimmy Carter.

Morris K. Udall Is A Member Of