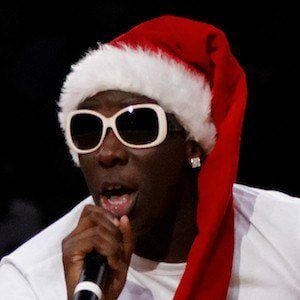 Comedian and musician who released his single "Logobitombo (Corde à sauter)" in 2011. It hit number 5 on the French Singles Chart. He has 500,000 subscribers on his misster88 YouTube account.

He named himself after the way his father pronounced "Monsieur."

He and Tim Hawkins are both comedians from France.

Moussier Tombola Is A Member Of