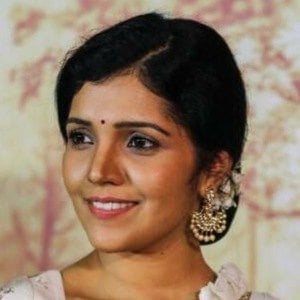 Her first acting role after completing school was in the play Ghar Tighancha Hava. She expanded to Marathi television in 1998 when she made her debut in the series Ghadlay Bighadlay. Her first feature film was in 2004 when she was cast as the character Chhaya in the film Chakwa.

She has won multiple awards for her acting including the Alpha Gaurav award for Best New Actress in 2003 for her role in Dehbhaan. She also won the Maharashtra State Film Award for Best Actress in 2016 for the film Double Seat.

She was born and raised in Chinchwad, Pune, India. She has a brother named Debu Barve who is a commercial artist.

She starred alongside Priya Bapat in the 2018 film Aamhi Doghi.

Mukta Barve Is A Member Of