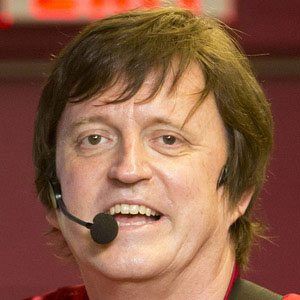 Australian singer/songwriter best known as a member of the children's band The Wiggles. He is a Member of the Order of Australia.

Her pursued a degree in early childhood education at Macquarie University. He was the guitarist for a few bands in the 1980s before playing with the pub rock band Bang Shang a Lang.

He announced his retirement from The Wiggles in 2012.

He married Meg Munro in 1990. He has a daughter named Georgia and a son named Hamish.

He co-hosted the Australian series Spicks and Specks with Adam Hills from 2005 to 2011.

Murray Cook Is A Member Of